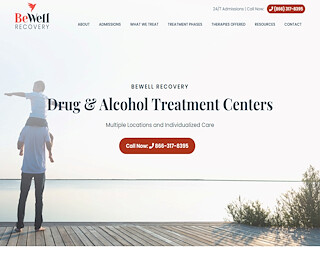 Alcohol abuse is one of the most common addictions in the world. One of the reasons is its easy accessibility, as it is a legal drug, and at the same time a socially accepted substance. In the United States alone, it affects 14 million people and kills around 88,000 a year. However, it is also the third leading cause of preventable death in the country. In other words, just as it is easy to access it for consumption, there is also a solution to eliminate the addiction: detoxification.

How does alcohol addiction occur?

The first thing to know is the type of drug alcohol is. It is a depressant, so addiction to alcohol occurs in much the same way as addiction to drugs such as marijuana, cocaine, or acid.

Also, its consumption stimulates the production of dopamine in the brain, a chemical reaction that leads the individual to feel good, which reinforces the feeling of wanting to consume more and more to stay continuously in that state of relaxation.

Similarly, as much more alcohol is consumed, a person becomes resistant to the effects of alcohol, but his or her body becomes more chemically dependent on alcohol to experience the feeling of euphoria and relief from anxiety or pain.

In extreme cases, people who are addicted to alcohol mix it with drugs such as marijuana or cocaine, becoming more intoxicated and at risk to their health.

Continued excessive and abusive use can alter the body’s ability to function properly, causing damage to the brain and internal organs (stomach, liver or kidney problems), just as other drugs do.

What kind of help should you seek if you are addicted to alcohol or know someone who is addicted?

Rehabilitation is the best option and decision that a person who has been addicted to drugs or alcohol has been able to make. In addition to seeking to heal and get rid of any vice that has mistreated their body and degraded their physical appearance, they will be giving themselves a second chance in their life to rebuild it and start over.

Most people who have been admitted to an addiction treatment center attest that they managed to move forward and see an improvement in their lives. Redesigning their habits and customs, improving their interpersonal relationships, discovering some virtue or skill, overcoming traumas that led them to become addicted or being part of their community again are some of the many benefits that rehabilitation offers.

Looking for a place to help you deal with addiction?

At BeWell Recovery we specialize in alcohol detoxification and other types of therapies to reduce and eliminate substance abuse. We are one of the best addiction treatment centers in Los Angeles. We are located in Sherman Oaks, Los Angeles – Tarzana and Orange County.